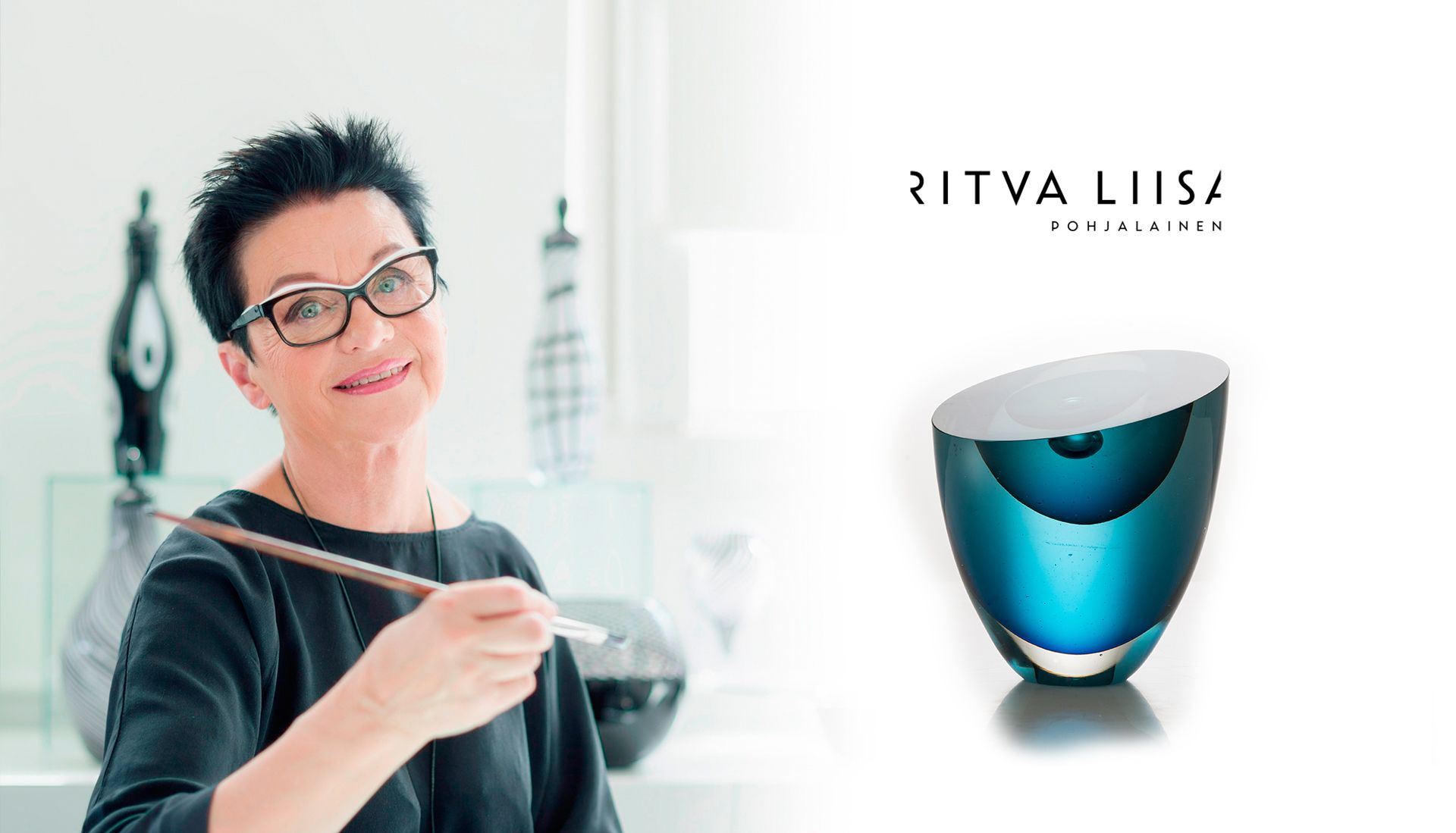 Beauty is strength that carries us forward. It guides me to the path where the powerful feelings in my heart take a form which the senses can understand.

My road as an artist leads me deeper and deeper into nature. There before me, I am faced with the huge questions of humanity. Before them I am speechless and bare. I do not know the answers, but my journey turns toglass. My journey continues.”.

Ritva-Liisa Pohjalainen is known as one of Finland’s most highly regarded designers. Her career started in the fashion and textile industry and went on to precious metals, ceramics and the design of demanding, unique glass sculptures.

My ideas for new sculptures often emerge as visions that appear in my mind like a flash. They are just as likely to come from the streets of a huge metropolis as from the waves of my beach at home, music or the face of a sleeping child. To work on an idea, I need to take my time and concentrate, and at this point my internal journey may take a long time. 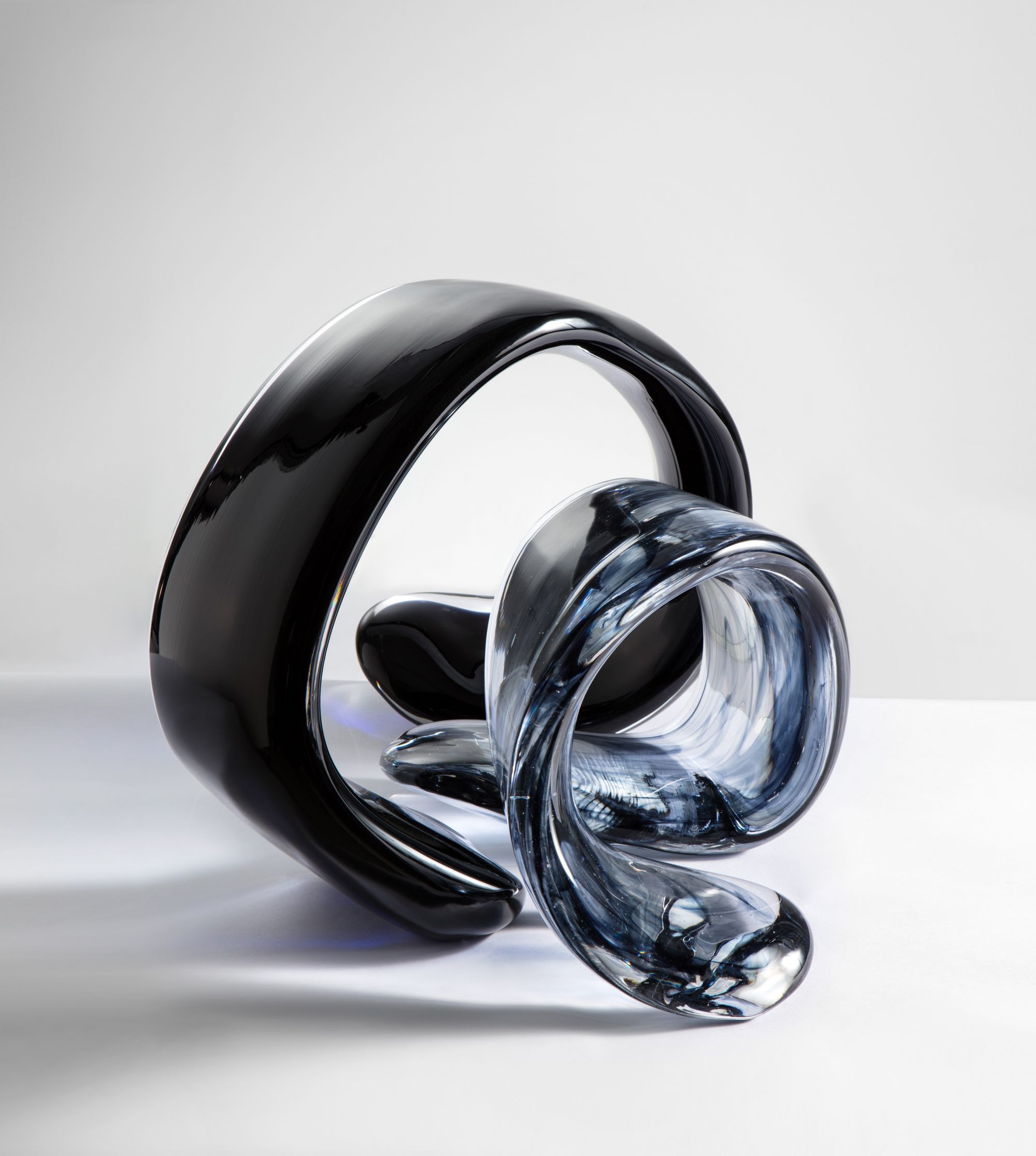 ”With glass, I am forced to proceed slowly and with small steps along a road marked out by great masters. I can only develop if I can be true to myself. That is why I have to ask myself every year: have I learnt anything new? Have I found a new message for my piece?”

”After each solution, I have to ask myself how I could have made the piece even better. How could it be developed further? How can something that feels impossible be made possible?” 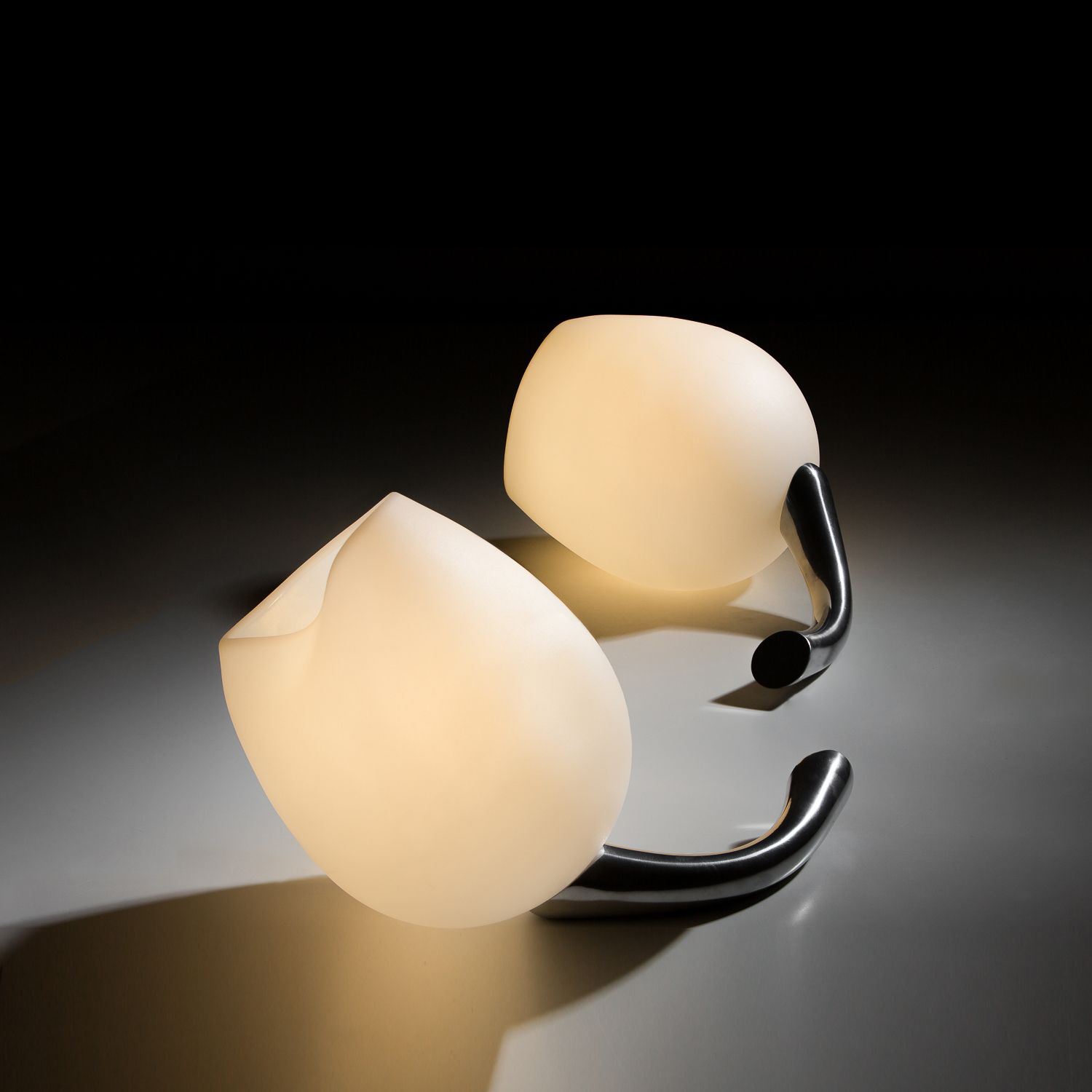 The Nuppu lamp designed for Melaja brings nature, light and sun to our homes. It bonds families and brings them together. Nuppu lamp can set the mood in many environments: on the table, on the floor or on top of the shelf. The white shade of the table lamp gives beautiful and balanced light and the polished metal arm is visually appealing. The arm has been designed so that the lamp can be placed to two positions. Nuppu lamps are made in Finland and they have the Key Flag Certificate. 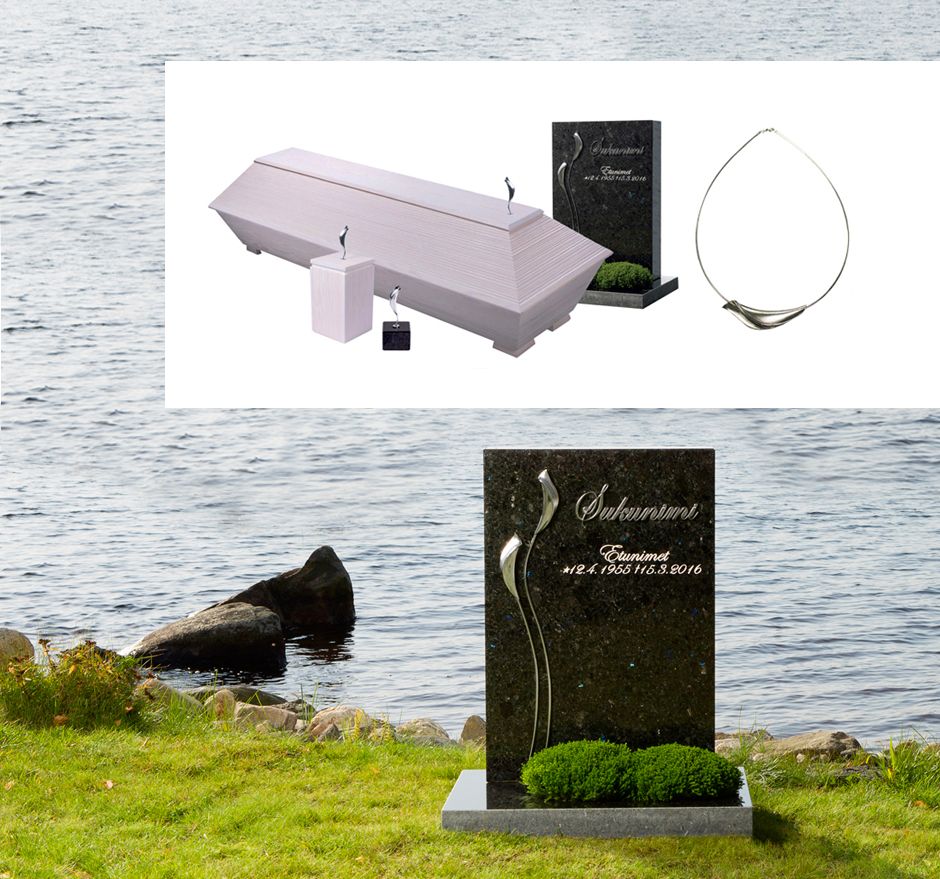 For Kivilähde/Kaavin Kivi Ritva-Liisa has designed a series of memorials called ”Eternity”. The memorials are sold in Funeral Houses around Finland.

The ”Lily”-series designed by Ritva-Liisa Pohjalainen is a new, stylish addition to Finnish funeral tradition. It is inspired by the clear and minimalist form of a lily. The collection includes  coffin, urn, memorial item, memorial jewellery and a tombstone. 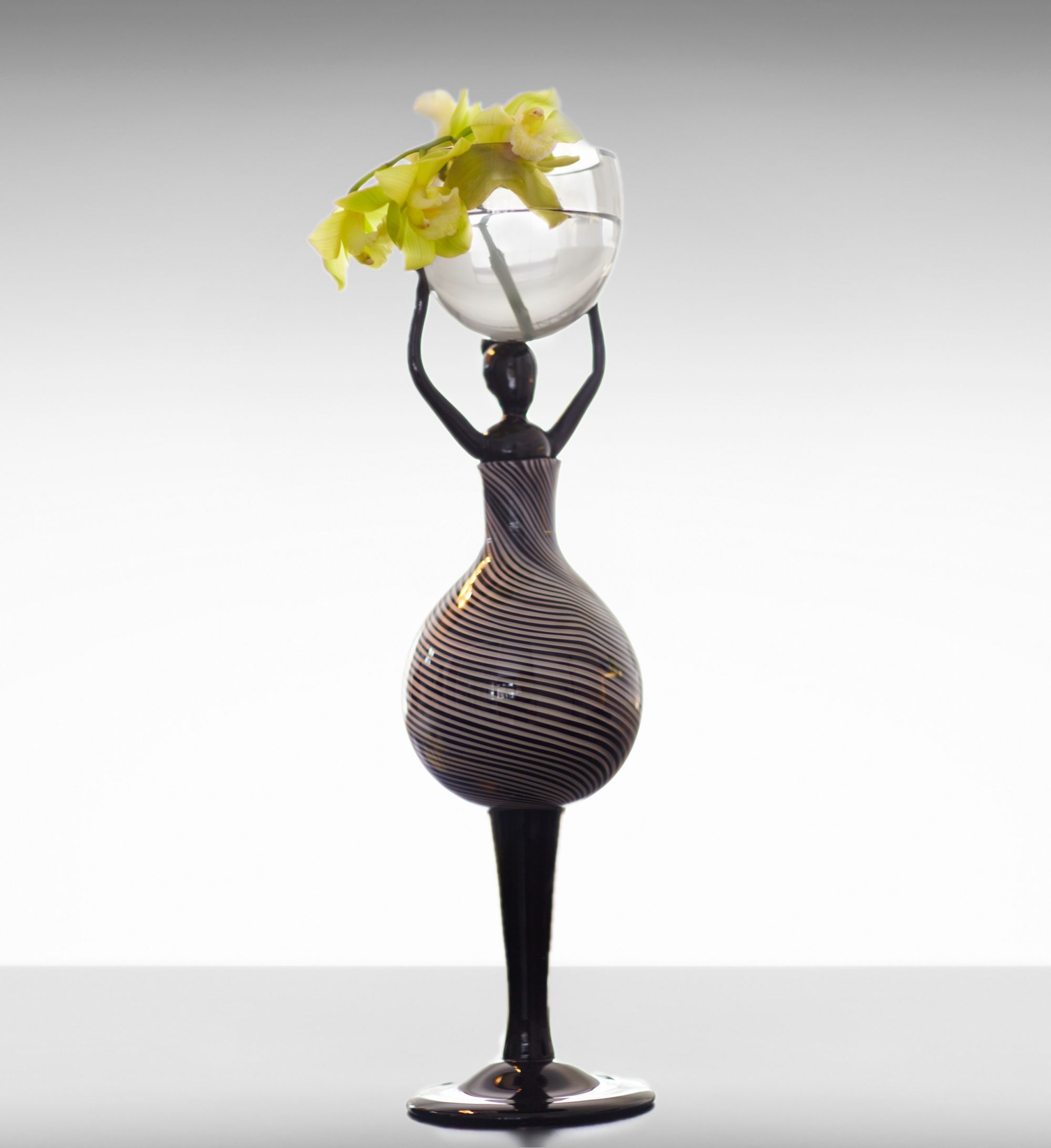 Ritva-Liisa Pohjalainen designed the 2011 Excellence Finland and Innovation Awards. The President of Finland, Tarja Halonen, handed the awards to the winners 10.11.2011 in a party gala organised in Helsinki.

Ritva-Liisa has also designed the awards for the winners of the TV-series Dancing with the Stars. In 2010 the winners were dancer Anna-Liisa Bergström and singer Antti Tuisku.

As material used in home design Corian® is beautiful, easily taken care of and durable as rock. Ritva-Liisa Pohjalainen combines the best sides of Corian for the functionality of everyday life and aesthetic appearance.

The porcelain series ”Waterlily” and ”Forest” have been made as studio ceramics in the Eastern Finland. 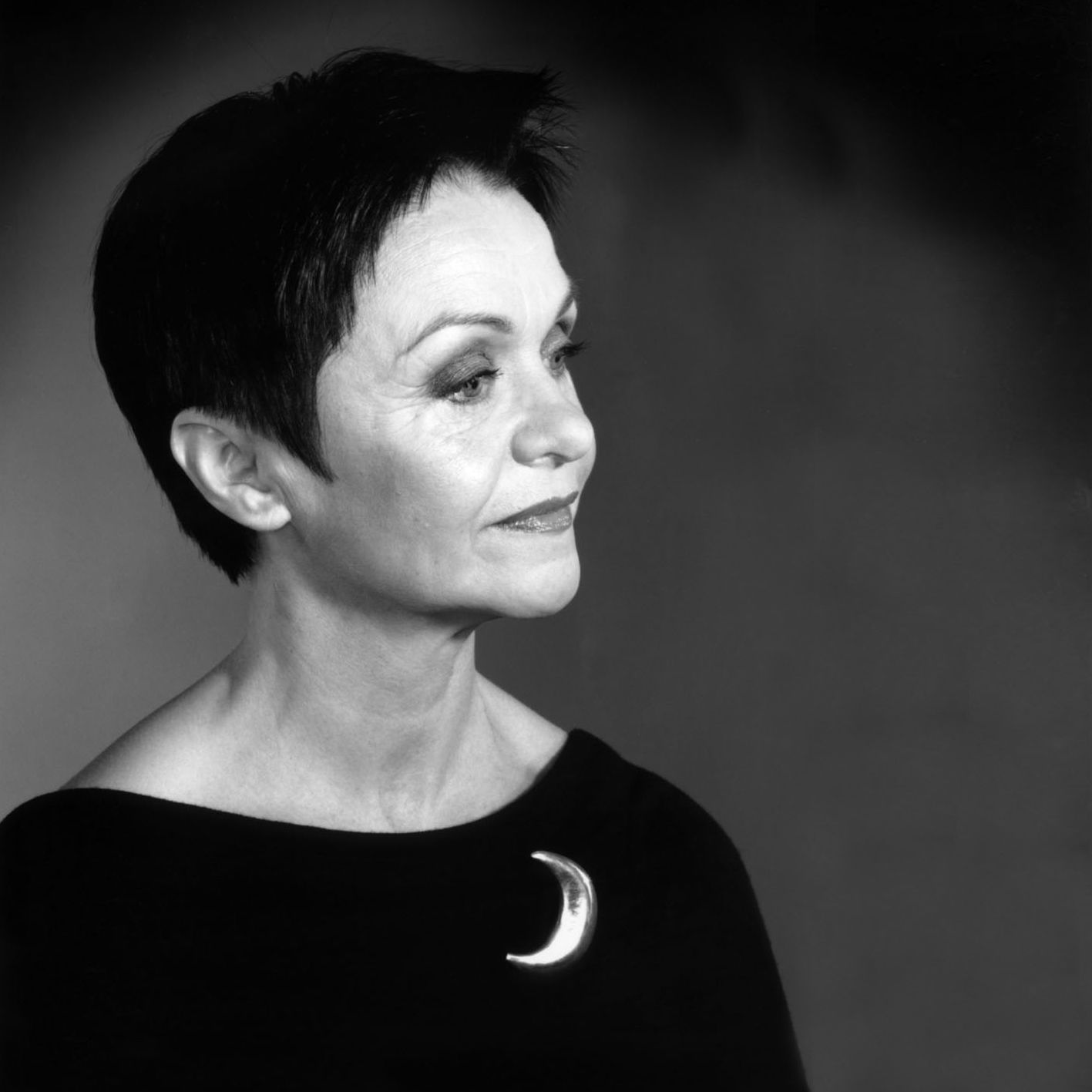 Ritva-Liisa Pohjalainen stamps were issued by the Post Office 2010

The Order of the White Rose of Finland, Cross of Merit 2012

Woman of the Year 2015, Business and Professional Women Finland 2015 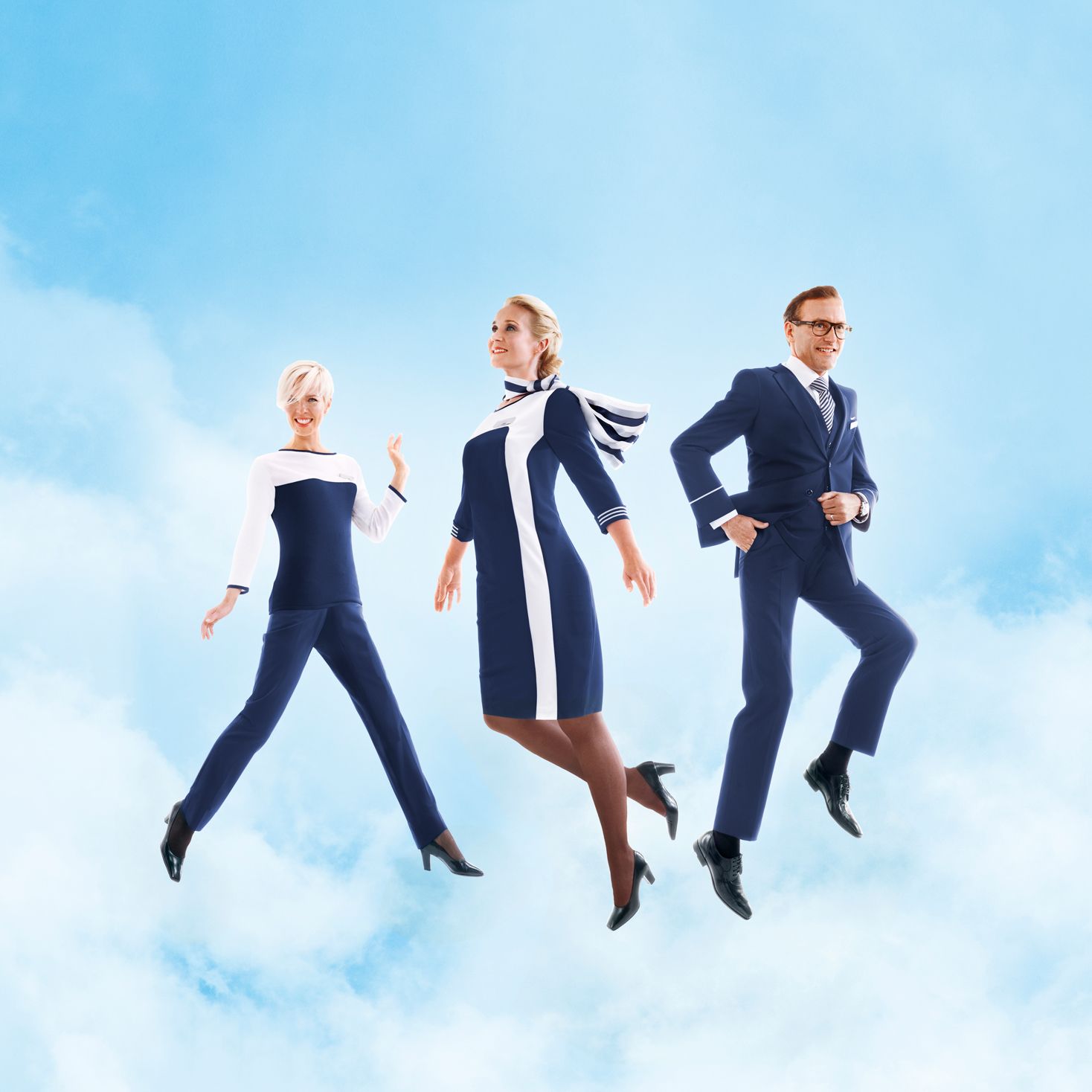 Business and collection design made to order

Ritva-Liisa Pohjalainen won the invitation design competition of Finnair. The strength of Pohjalainen was the versatility of the design and suitability to the new outlook of Finnair. 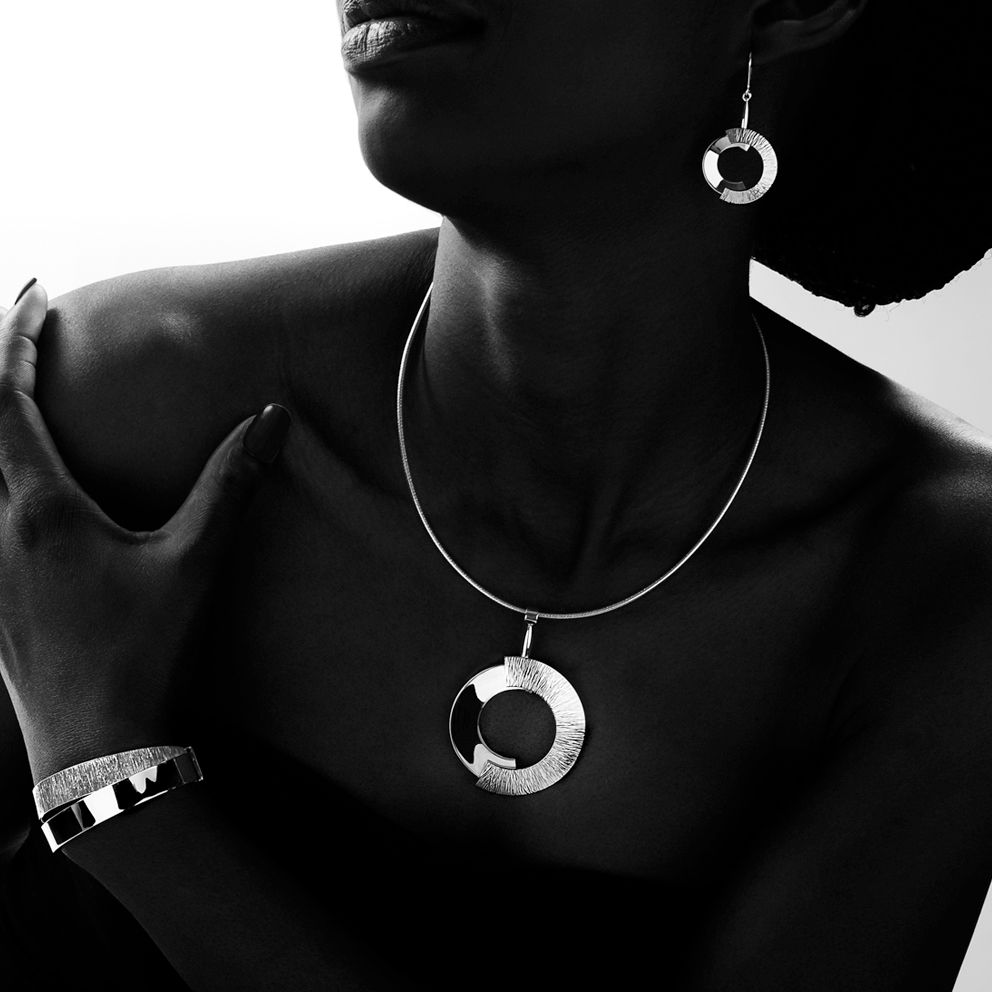 The jewellery collection of Ritva-Liisa Pohjalainen represents modern, pure and timeless jewellery design. The influences come from the beauty of the surrounding nature that is reflected to the harmony between the colours, forms and surfaces. 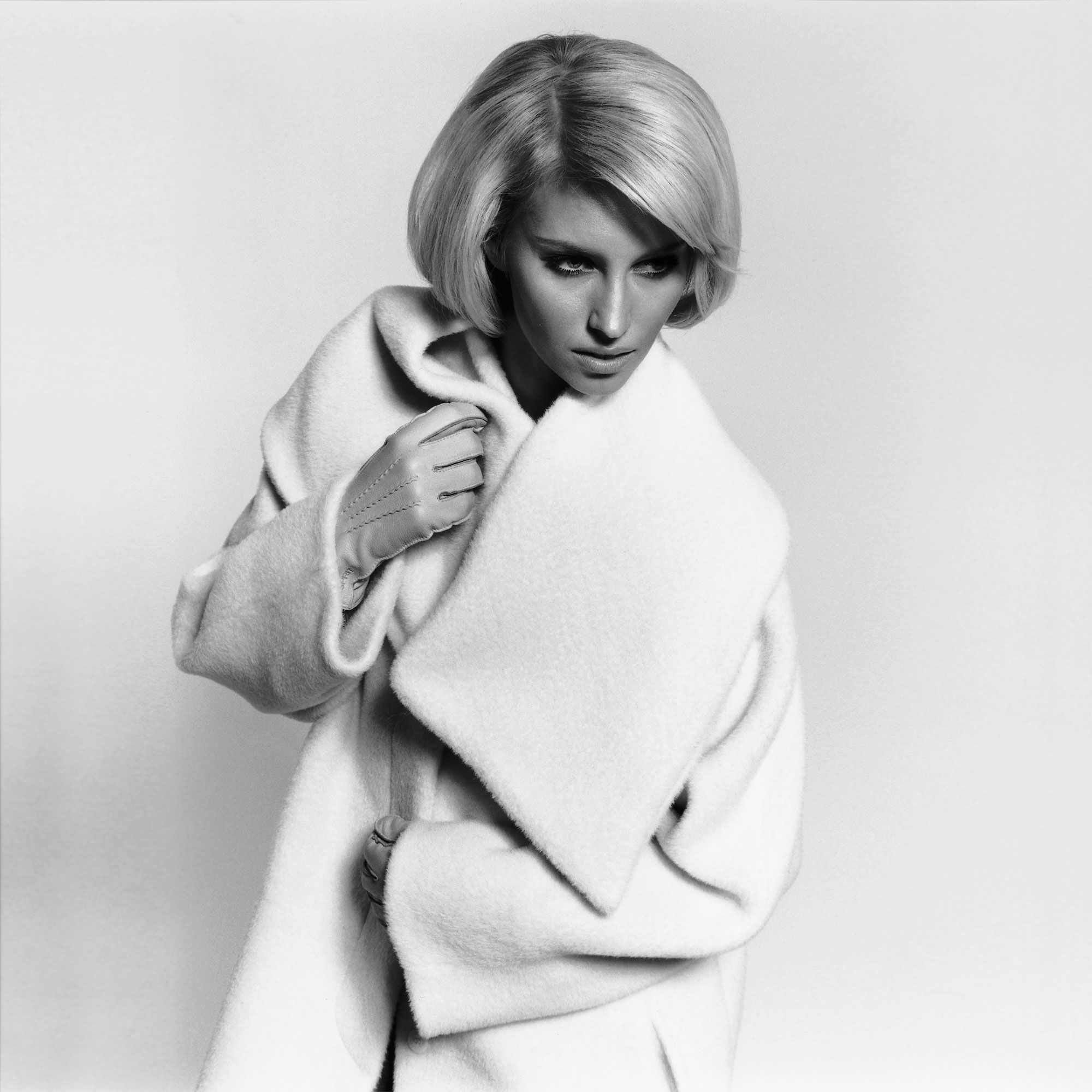 Ritva-Liisa Pohjalainen designed the designer concept collection Ril’s according to her own name for L-Fashion Group (1997-2008). The collection is aimed at modern, adult women who respect quality and good fit. Ril’s was successful. The products were sold in quality boutiques and department stores in Scandinavia and many other European countries. In Gallerie Lafayettes there was a department for Ril’s for many years. 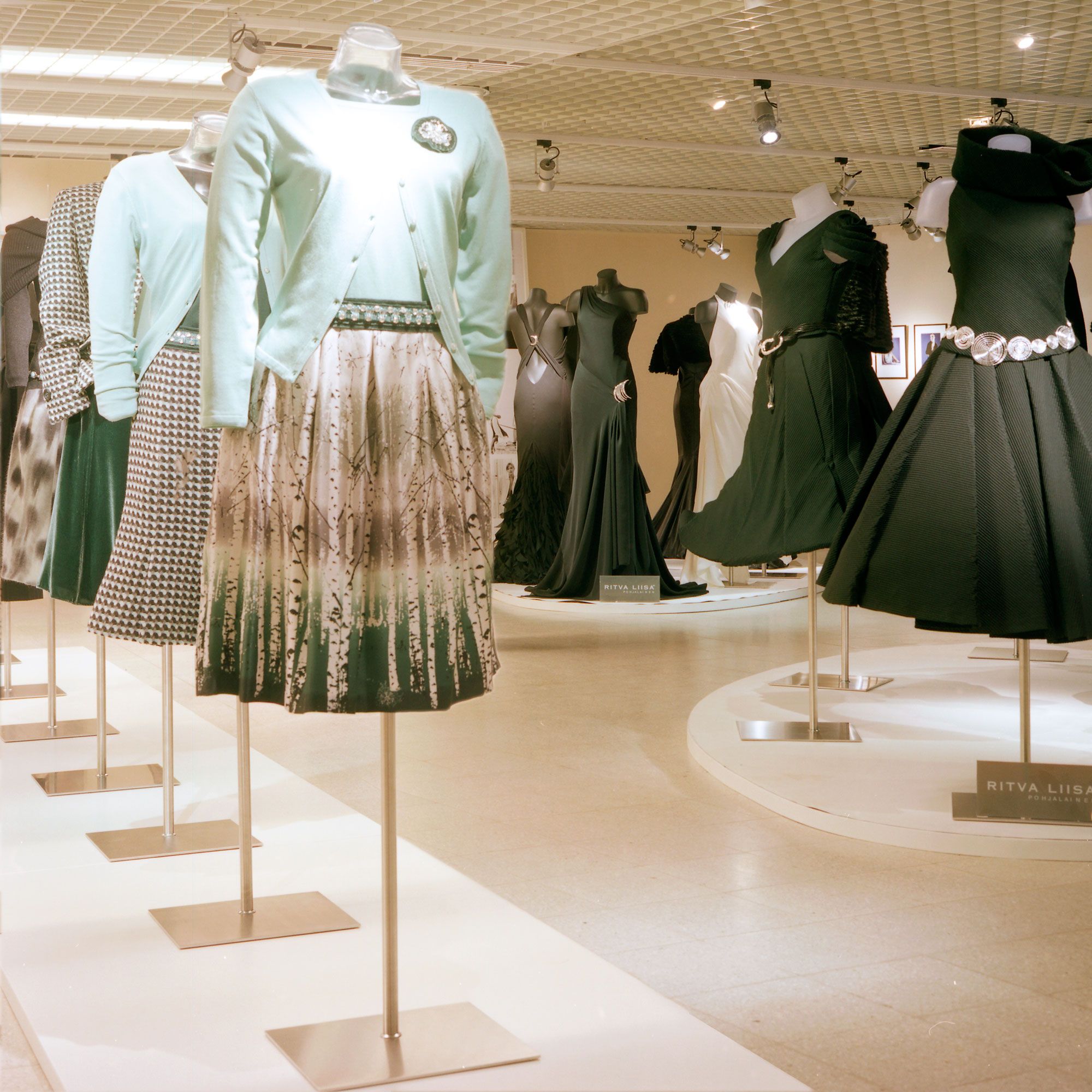 Graduation as fashion and textile designer from the Helsinki School of Arts and Design in 1974. Pohjalainen has designed collections for international market and worked as a designer in textile factories in Italy. Ritva-Liisa has been awarded with numerous design awards.

Your cart is empty