The exhibition becomes a phenomenon in China 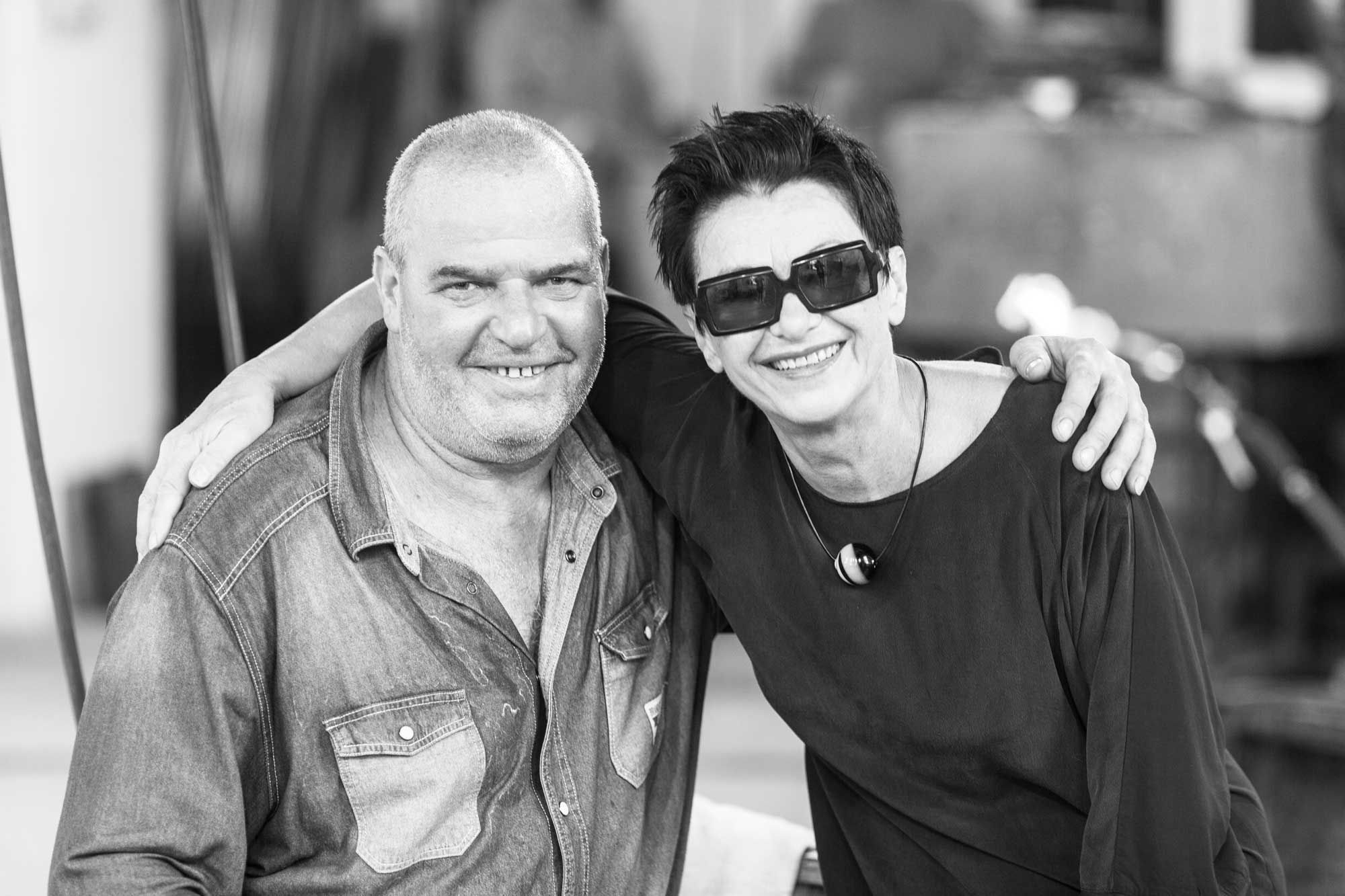 The glass art exhibition of Ritva-Liisa Pohjalainen opened on 13 October 2017 at the Yun Jian Art Museum at Shanghai World Financial Center featuring 52 unique glass artworks of the Kuopio-based artist and designer. The exhibition which is a part of the Suomi 100 anniversary program is open until 27 October 2017.

The exhibition is exceptional in China, as glass art created by blowing is unusual there. At present, melting and casting technologies are used to create glass art in China. The guests at the exhibition have said they have not even imagined that glass could bend into such beautiful and creative pieces of art. The artist, the stories behind the pieces and the videos made for the exhibition have generated a lot of interest as well.

– When I tell the story of women’s history in the 100-year-old Finland, people here have been moved to tears. I am very touched by it as well, says Ritva-Liisa. – Art can be a language that brings all people together. It knows no limits.

Mr. Zhanglin, the director of the new Shanghai glass museum, who was present at the exhibition’s opening ceremony, said that Chinese art and its history are very different from Finland. He praised the exhibition for being elegant and contemporary, and he expressed his appreciation for Finnish design and its minimalism in particular.

A lot of attention in the Chinese media

The exhibition has received a lot of attention in the Chinese media. Different newspapers have reported on the exhibition and CCTV, a national tv-channel, was present at the Art & Wine event on 21 October, in addition to invited guests from Finland and China. Consul Jan Wahlberg, the head of the Embassy of Finland in Shanghai, gave a speech on Finnish art and design. Miia Tähtinen, a Shanghai representative of the Finnish Business Council (FBC), emphasized the importance of the exhibition and the cooperation sparking from it. Both the consulate and FBC had invited their own contacts to the event as well.

The exhibition was also visited by the students and professors of the prestigious Shanghai Fuda University, who invited the artist to come and lecture at the university.

– I was very honoured to be invited to the university. The atmosphere was fantastic! Never have I received so many questions about my speech. Visiting professors from Japan and New York were excited, and there was great dialogue and exchanging of ideas all around, Pohjalainen commented after the two-hour presentation she gave on 25 October.

– This has made me feel like Alice in Wonderland. The reception of my exhibition has been absolutely amazing, and even the director of the Yun Jian Art Museum has been stunned by the great number of visitors and the strong emotions the exhibition has awakened, Pohjalainen says. – It is wonderful here! I have a feeling I will be be coming back.